Back in the early 1990’s I listened to nothing but rap music.  I didn’t have much money, though, but occasionally I’d save up a couple dollars and make my way to purchase another cassette for my collection.  Over the years I amassed a rather extensive repertoire of tapes.  Below are five of my personal favorites, they have a lot of nostalgic value, and I thought it’d be nice to reminisce: 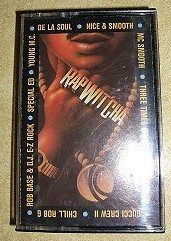 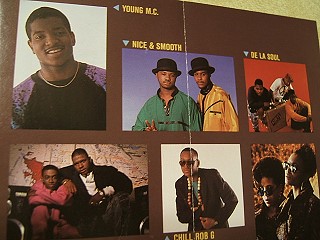 This tape’s artwork is classic… the rapper donning gaudy jewelry, a nice wristwatch, and a scandalous mustache.  The tape’s title was always questionable, as I could never particularly discern what it was implying.  Perhaps, it was offering the idea that upon purchasing and listening to this stunning new record I’d always have rap with me; in some way, perhaps in my heart, or soul, or more accurately in this case, in my bowels.

The second picture, taken from the insert, shows some of the usual suspects: Nice & Smooth, Chill Rob G, Young MC, etc.  This collection contains a rather stellar line-up of talent, has the brilliant track “Me Myself and I” by De La Soul, and a song titled “Funky Dividends” by Three Times Dope that surely has to not only rule, but have a deep message about the plight of human existence somewhere in it. 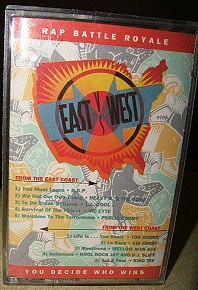 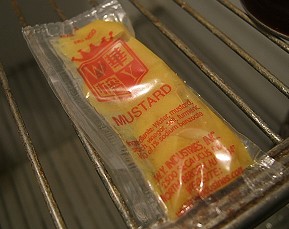 Anyone even slightly in the know of rap music is familiar with the ever-controversial east coast versus west coast war that’s raged for some twenty years.  And, although that’d make a good concept for an album, book, or film… this tape took the title and left it at that.  The front artwork has text stating “Rap Battle Royale” (spelled incorrectly) and “You Decide Who Wins”.

Representing the east coast are such rap luminaries as Heavy D & The Boyz, Public Enemy (who put on an amazing live show in Cincinnati a couple years back), and L.L. Cool J to name a few.  On the wild west coast, such hip-hop heavy hitters as Too Short, Kid Frost, and Mellow Man Ace make the cut.  Overall, this cassette always disappointed me, but it deserves its recognition.  I didn’t have any thing else to add, so I substituted a picture of Chinese takeout mustard from Amanda and my fridge, because it’s about the only thing in there… 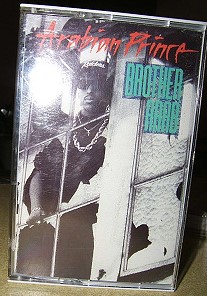 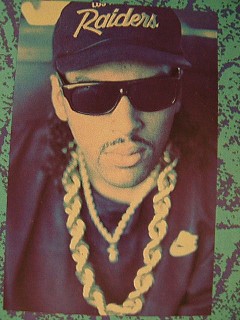 I remember getting this cassette from a dollar store on Route 4 in Hamilton, Ohio in the early to mid 90’s.  Nowadays, with an album title like “Brother Arab”, this guy would probably be getting his ass kicked in airports nationwide.  But, Arabian Prince was fearless, in his shades and Raiders hat.  Even as a relatively young kid, I still found this tape a bit puzzling.

Let’s take a look at some of the track titles from this powerhouse of a recording: “She’s Got A Big Posse” which I have no idea what that means, “It’s A Dope Thang” which I suppose is pretty self-explanatory, “Let the Good Times Roll (Nickel Bag)” which says that he was selling his socks at the swap shop to get illegal drugs, and “It’s Time To Bone” which could arguably be the most offense track title in the history of cheaply produced rap music. 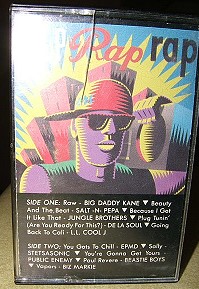 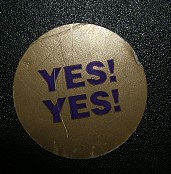 Now we’re talking!  One of my first ever music purchases, I listened to this album on repeat for at least four months solid.  I can’t remember precisely, but I think I got this either at Hills (RIP) on Hamilton’s west side, or the east side’s K-Mart (still in the same location today, but it’s now a “Super K-Mart”, which simply means more sweatshop workers have been exploited).  It features such rap legends as Big Daddy Kane, Biz Markie, EPMD, Jungle Brothers, Salt-N-Pepa, and Beastie Boys to name a handful.

Some curious findings: the gold sticker on the back of the case, stating emphatically “Yes! Yes!” in a royal purple font, and a little note on the insert depicting my mom’s signature handwriting stating the day I received this awesome piece of awesomeness.  My mom’s handwriting!  Now, that makes me nostalgic, wow… and for that reason, I dedicate a track from Side 2 titled “You’re Gonna Get Yours” to her right now. 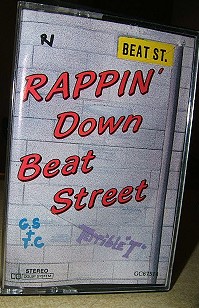 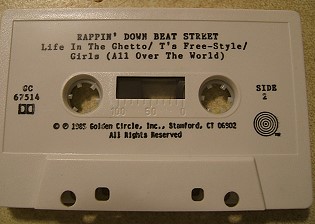 This is your #1 cassette, my friends!  I got this little gem at the Big Lots in Oxford, OH at a young age.  It’s arguably one of the most bizarre and hauntingly brilliant recordings of this century.  In terms of facts, I sadly don’t have much information, outside of the title, and Golden Circle, Inc. from Stamford, CT copyrighted the material in 1985.

The rapper who uses the handle, or name Terrible “T” has a very distinctive voice… he sounds like a Dungeons & Dragons geek gone ghetto.  He raps over some of the most simplistic Casio keyboard style beats I’ve ever heard.  I love it.

Side 1 features three tracks, all very memorable in their own unique ways: “He’s Terrible”, “It’s Wack”, and “Hip Hop Rock”.  “Hip Hop Rock” is an anthem, of sorts, and the strongest song on the album.  The chorus goes as follows: “we are the masters of the rock… hip-hop!” repeat add nausea.  Side 2 is more adventurous and seriously toned, with the tremendous tracks “Life In the Ghetto”, “T’s Freestyle”, and “Girls (All Over the World)”.

If anyone has ever heard this cassette, or knows anything about the ever-elusive Terrible “T”, please forward me the information ASAP.  Thanks for taking this stroll down memory lane with me!
Posted by Brian at 5:35 PM