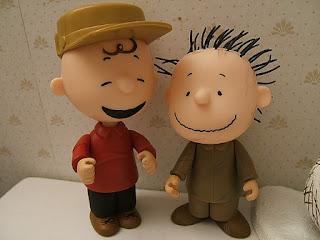 Charlie Brown: Well, Christmas turned out to be pretty good this year after all, wouldn’t you say?

Charlie Brown: Something smells wrong, and by wrong, I mean like, Jessica Alba playing Invisible Woman in the Fantastic Four…

Pigpen: The smell’s coming from yours truly, but I can’t justify that casting decision either. 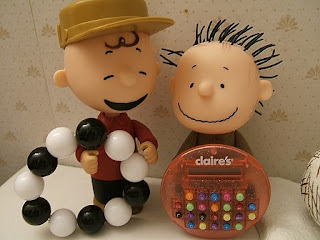 Charlie Brown: I got this cool bracelet; it’s supposed to be like the one Kyo wears in that anime Fruits Basket.  I’m going to wear it to the posh ice cream social next week.

Pigpen: I got this glittery calculator. 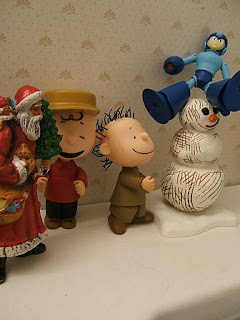 Charlie Brown: I have some questions to ask you, Santa, about the over commercialization of the holidays and such.

Pigpen: Who in the hell are you, and why are you perched on my snowman?
Posted by Brian at 12:46 PM