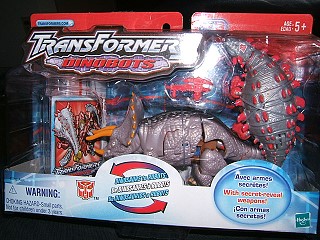 So, the 1980s were pretty rad, right?  Well, besides that one time when I fell down.  But, you can’t talk about the 80’s without talking about that decade’s absolutely brilliant plot hole-filled cartoons!   And, in many people’s eyes, near the top of the pack is the legendary series Transformers.  Its given birth to hundreds of toys, comic books, and at least 10 different animated spin-off series’, the most popular being the mid-90’s Beast Wars; which I’ll hopefully look at rather extensively sometime in the future.  So, what, dare I ask, is cooler than Transformers?  Not a lot is my answer.  I mean... they’re freaking vehicles and animals that change into robots!  It’s a totally brilliant premise.  Wait just one second, I’ve thought of something that is even cooler than a robotic fire truck that has a gun; of course, the answer rested in nature all along, dinosaurs are cooler!  Thus, a match made in heaven is born.  Robots and dinosaurs, now there’s a connection you can’t shake a stick it.  Hey, stop shaking those sticks at me!  I chafe easily. 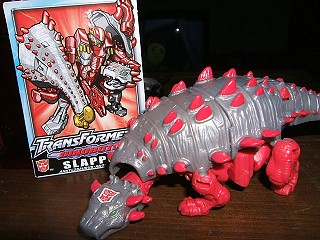 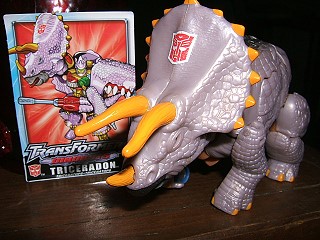 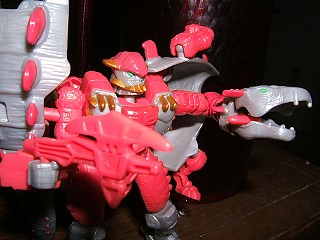 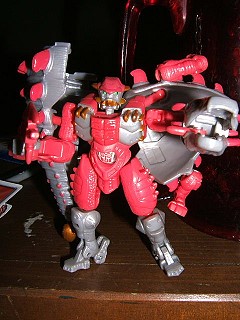 Slapper is an ankylosaurus with an attitude; well, technically I can’t vouch for that attitude quip, but it sounded neat.  In his dinosaur form, albeit not the most visually impressive sight, he’s still earned enough cool points to chill with my posse.  Slapper really shines in his robot form.  It took me a couple minutes to assemble the complete transformation, as I didn’t follow the instruction book and opted instead to use my intuition.  But, unlike Spider-Man, my intuition sometimes fails me and I almost broke poor Slapper in half. 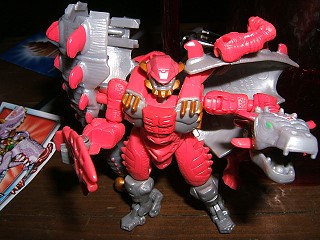 Once in his complete robot form, he’s surely a sight to behold.  One of his hands is a gigantic dinosaur head, and the other holds a massive gun; although, I doubt he often has to resort to shooting enemies.  One of the other Dinobots walks into the mess hall and notices Slapper take the last glazed donut, “Hey, are you going to share?”  Slapper would just slap the loudmouth, pun intended, with his dinosaur hand.  Imagine, for a second, the ramifications of having a dinosaur hand?  The possibilities are endless! 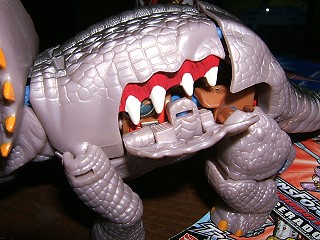 "Daddy, there’s a chunk missing from my dinosaur!" 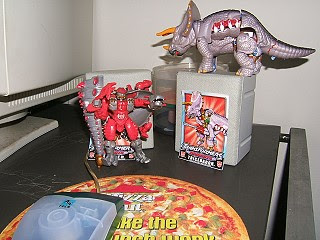 In conclusion, these things really are quite great.  In either robot or dinosaur form, they’re perfect for any toy collection, although their design could have been improved slightly in regards to the transformation process.  They’ve earned the rare status of being placed on my mostly bare computer desk, joining the infamous Pizza Hut mousepad I scored in a desolate thrift store.  If you like Transformers, or action figures, then I’d recommend adding these to your personal collection.