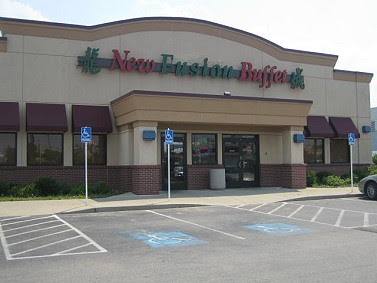 The time is now to ask yourselves… are you ready to have your face rocked by another Review the World article?  No, seriously – give it some thought.  All complimentary precautions aside, it’s time once again to get our proverbial review on.  It’s been a few weeks now since I’ve actually wrote an article; I’ve been exhausted, reeling from the aftermath of the first episode of Review the World TV, as well as recently switching jobs.  That tiredness was a natural progression to today’s article…

My girlfriend was driving us around the other day, without any real plans to speak of, in an area almost entirely foreign to us.  My fatigued disposition didn’t help matters; in fact, I had to use an Internet search to locate the city this restaurant resides in, because at the time all I knew was I was ready to destroy some wonton soup and wasn’t taking no or any variation thereof for an answer.  Oriental buffets are usually as reliable as Beast Man, meaning that they’re so totally not, but we were willing to take our chance.  We found this relatively new building, a bit secluded from the bustling streets and shopping plazas that loomed nearby, and hurried in for lunch. 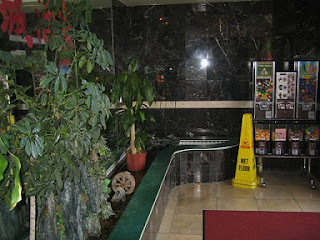 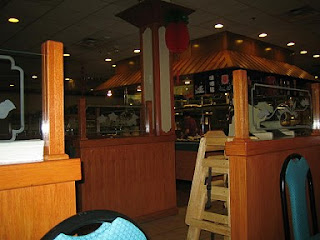 Upon entering the lobby we were greeted with the visage of shrubbery and granted the opportunity to part with some pocket change in exchange for bouncy rubber balls.  I had no time for such chicanery, and I think we all remember the last time I shopped for rubber balls and the final result.  As could be deducted from the second picture, the interior was pleasant, filled with ornate decorations and very clean. 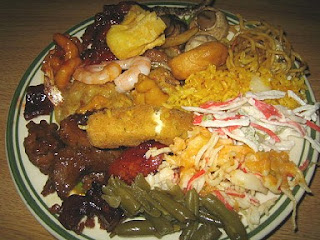 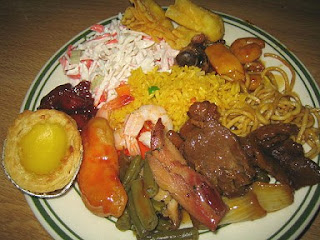 Onto the main course right away – the food itself.  The first plate I’m only going to mention briefly, even though it’s obviously a powerhouse of peculiarity.  I wanted to try it all, and hence the “Fusion” in their name, they offered a variety of fare ranging from traditional Chinese, to American, Italian, etc.  This is evident in that green beans and a mozzarella cheesestick sit smugly besides Szechuan chicken.  But, all said and done, the first plate didn’t imprint on me that any one particular dish was strikingly better than the other.  The second plate, however, won over my heart.  It seemed like every bite could do no wrong, and I genuinely savored each and every one.  I think my favorite dish, which is usually poor at buffets, was the beef with onions and peppers – a truly inspired choice. 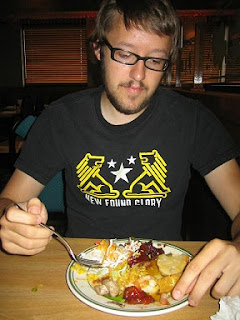 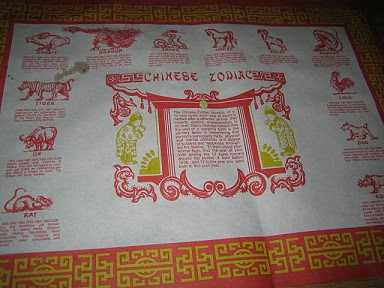 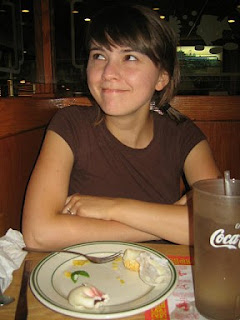 Here you can see me digging in, the rad Chinese Zodiac placemats that we found especially intriguing being such huge fans of the Fruits Basket series, and a contented Amanda after her meal. 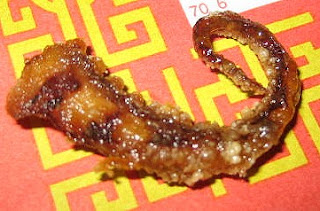 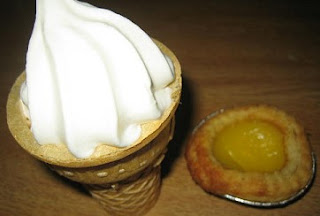 For those of you who may believe I never make sacrifices for this website (outside of my time, money, energy, etc.) I intentionally sought out the most bizarre item on their buffet and ate it.  Titled “Salt & Pepper Squid”, this seasoned trophy was quickly made history of, as I took great pride in eating it.  Next, feast your eyes on my dessert, a vanilla ice cream in a cone, and a cute miniature custard pie that scored this place some serious bonus points in the adorable category. 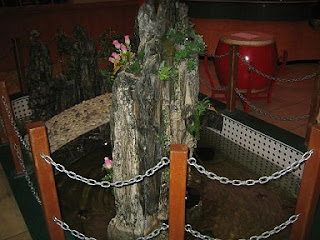 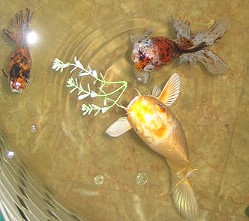 On the way out, I stopped by this monstrosity and peered in to see some rather large fish at play – and I could have swore I caught a glimpse of Ray Fillet floating around in there for a second.

In conclusion, I had a lot of fun here, even if ultimately it wasn’t the best Oriental buffet I’d ever had.  My first impression of the food was that there was a lot of variety, but it was lacking sincerely in the quality department.  My second plate altered that opinion, and proved that merely some of the items have little discernable flavor while others are in fact very tasty.  The atmosphere was enjoyable, and the price fair, so I can’t complain about those.  I think that New Fusion Buffet is a good general mold for this type of place; a subtle change here or there couldn’t hurt, but overall, even if there’s room for improvement, they’ve got the right idea and execution.

Overall Grade: B+
Posted by Brian at 5:19 PM No comments:


The second and final episode of the original Review the World TV. RtW TV returned triumphantly in the Fall of 2011 but this is the original incarnation. RtW webmaster and creator Brian was often quoted as saying this original RtW TV most fully encapsulated the feeling of RtW he'd hoped to achieve.