Once again the delicious doggie of Slush Puppie rears his beautiful beatific beanie-covered head! In downtown Hamilton near the brand new amphitheater we look at this set of multiple Slush Puppie candies including two different flavors of gooey Squeeze Candy and the main event a Spray Candy! Take a shot in the mouth from Brian and Nick as we once again celebrate Slush Puppie. Enjoy!
Posted by Brian at 12:02 AM No comments:


Today we boldly sample Cinema Gum! Yes, gumballs flavored after movie theatre favorites popcorn and cola! Will the taste of buttery popcorn and sugary soda translate remarkably to gum form or will it be an atrocity and affront to cinema similarly to when The Artist beat The Tree of Life for the Academy Award for Best Picture? Watch and find out!
Posted by Brian at 12:01 AM No comments:

Last week my day started off good. Took a positively transformative, meditative outdoor walk and had an awesome encounter with a fuzzy, white caterpillar. Later as I was waiting at my son's pre-school to pick him up I caught wind that literally hours later famed hip hop performer and rap living legend Chuck D from Public Enemy would be speaking at my old stomping grounds Miami University! 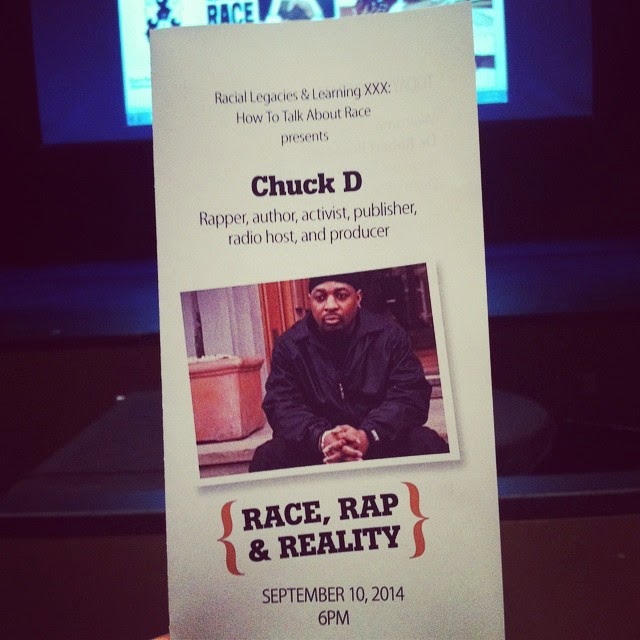 I got there an hour early and was the first inside the auditorium. I sat front and center and played a little WWE SuperCard on my phone to kill time. When the moment arrived Chuck D lit up the place just as capably as a public speaker as he does an onstage musical performer (and I should know I saw Public Enemy live before and they tore the roof off the joint!). I enjoyed every second of it and Chuck's oratory and I think my favorite portion was on our cell phone culture, or as Chuck calls them, "Weapons of Mass Distraction". 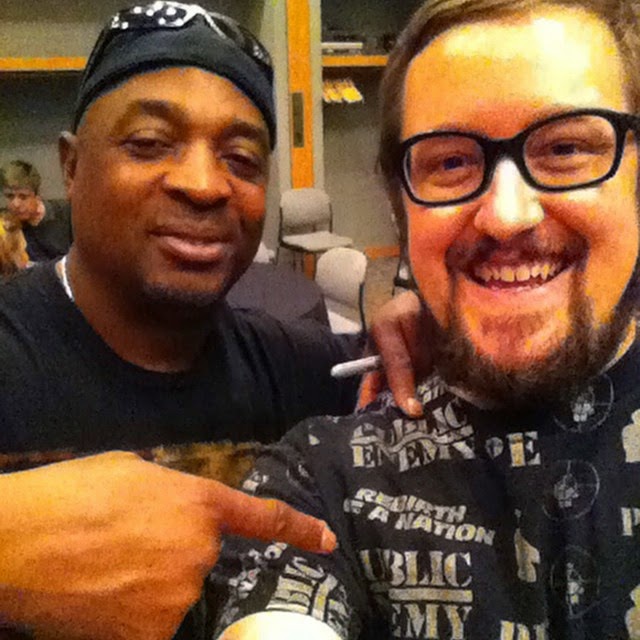 After the free show there was an even freer reception in another hall. I walked in and as I'm known to do started filling up my plate with large helpings of free food (vegetable spring rolls, meatballs, cinnamon pita chips, etc.). When Chuck D arrived at first I wasn't going to bother him and had no intention on doing so (I don't get star-struck too easily, growing up I had my neck wrangled by Mick Foley so it doesn't get much better than that!). But then when I saw a small line forming I figured "Why not?". I may never get another opportunity to shake the man's hand who delivered some of the tastiest rap (or any genre of music) records my ears had ever heard. I got an "usie" (a term Chuck used earlier) and a standard photo. Chuck was more interested in my t-shirt which he photographed himself on his phone. So somewhere as Chuck D tours the world a picture of my chest is secure on his phone. 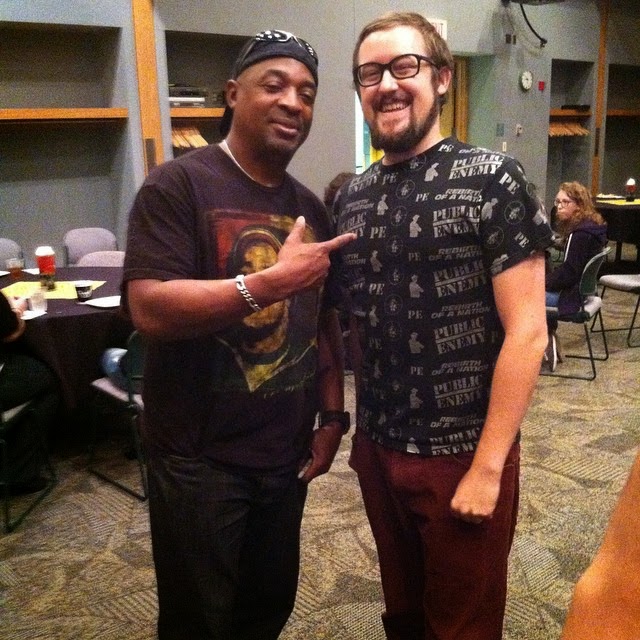 
Teaming up again with Billy from VeggieMacabre we hit the kitchen to take on a popcorn seasonings challenge! From Kernal Season's we sprinkle their flavor dust on our popcorn including Pizza, Kettle Corn, Buffalo Wing, and Bacon Cheddar flavors. Which will make us dance in exultant joy and which will make us frown in sorrow? Also, as a special added bonus, we do an on the spot review of Virgil's Black Cherry Cream Soda! Enjoy!
Posted by Brian at 12:06 AM No comments:


The last of my Dallas adventure videos sees us tackling 3 unique green sodas! We've got Plantation Style Mint Julep, JOIA Lime, Hibiscus, & Clove, and Cicero Beverage Co. Chicago Style Lime Soda. I'm joined by the indubitable duo of Toby of Tobyblog fame and his son the legendary VCubeSolver. Watch us guzzle and gestate our precise thoughts on three green Goliath's of the beverage aisle!
Posted by Brian at 8:11 AM No comments: